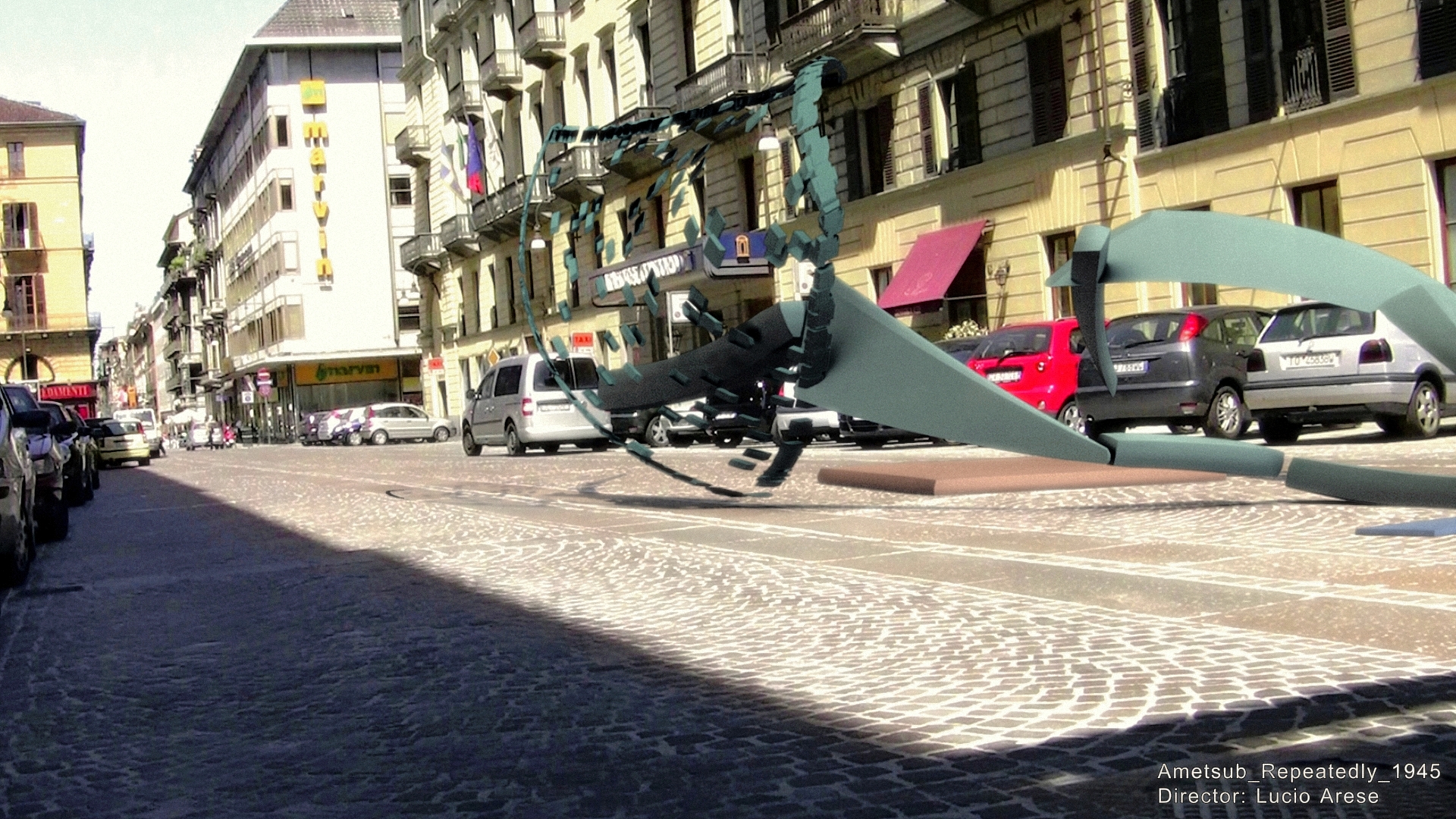 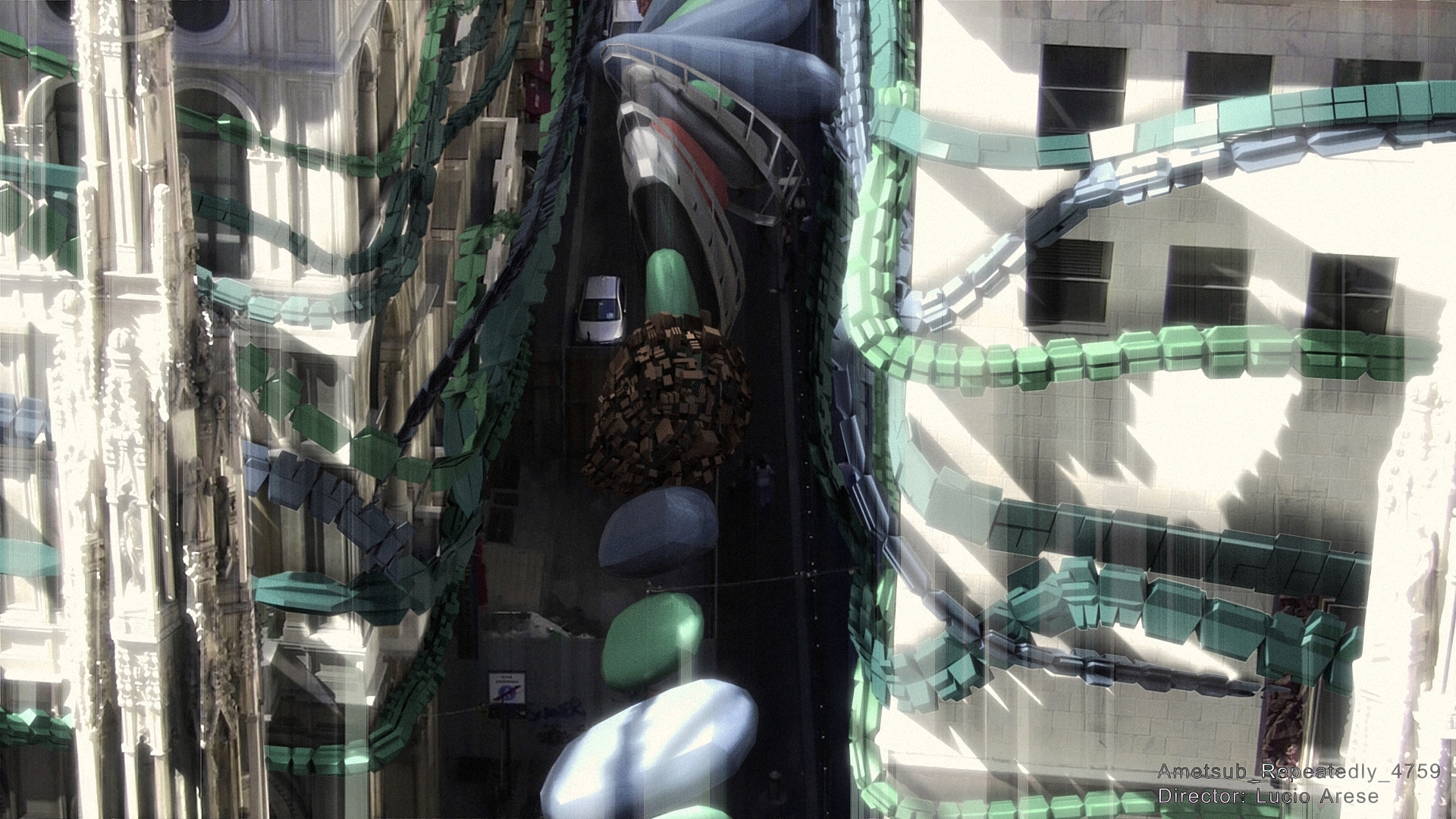 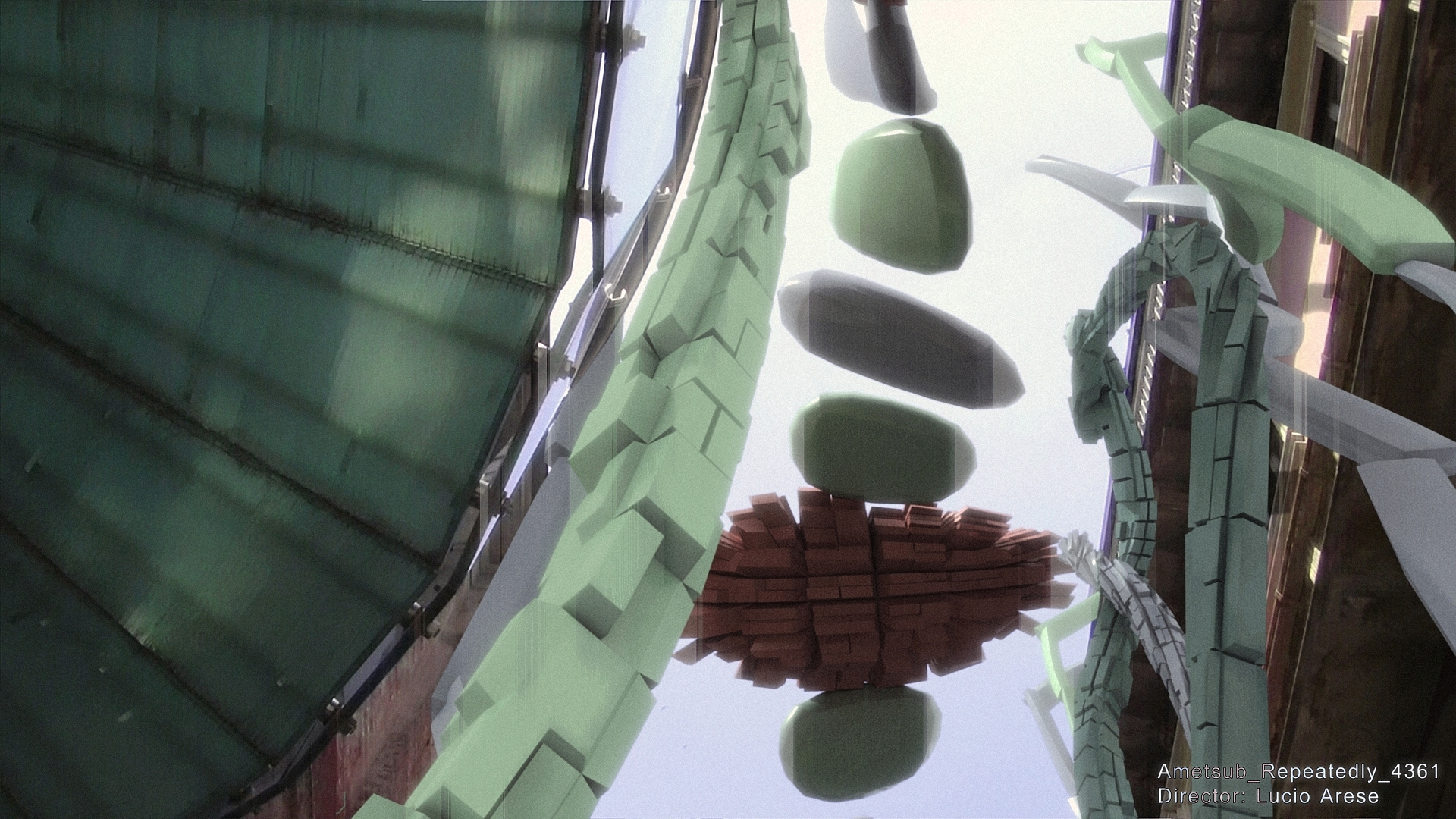 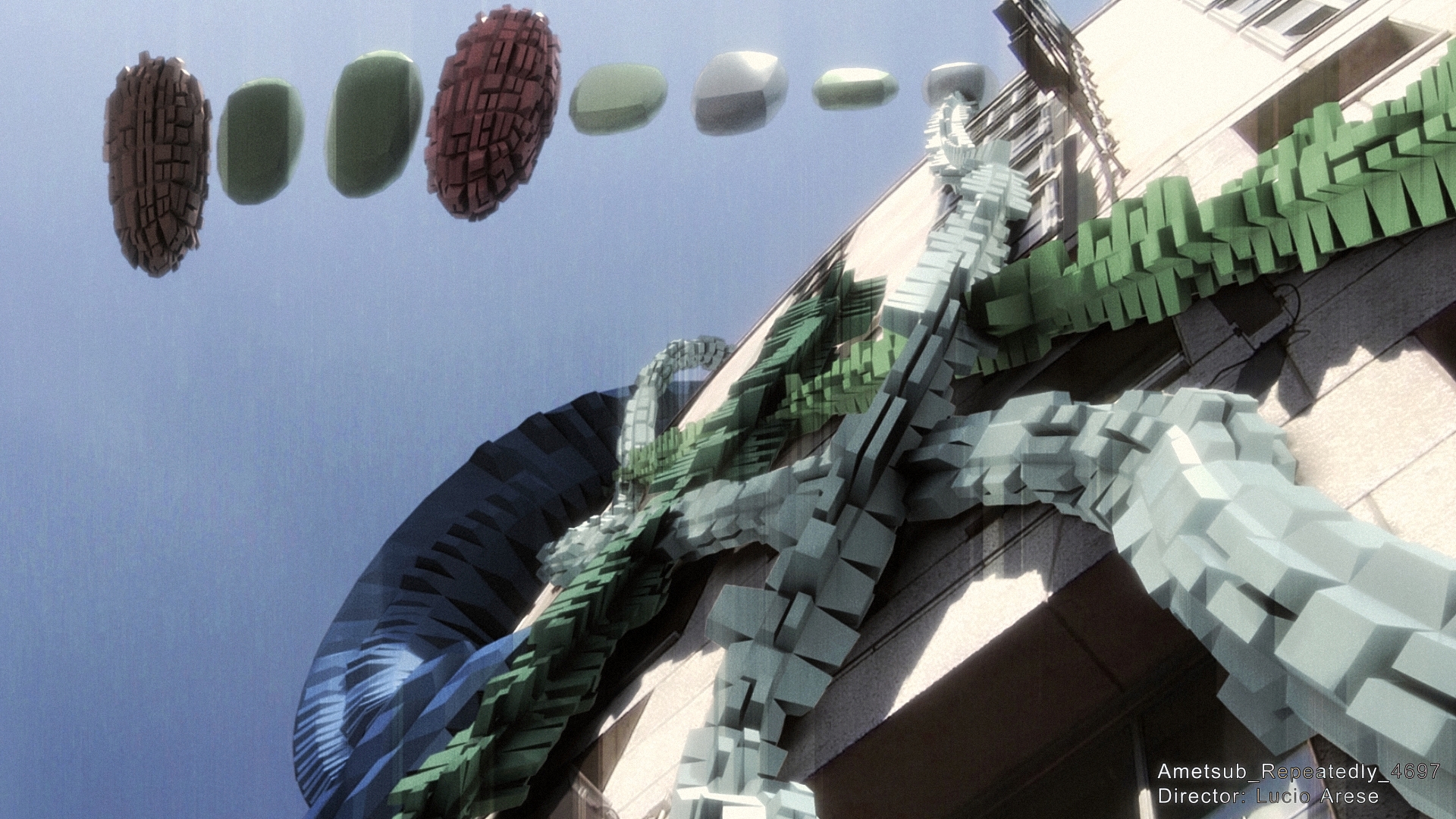 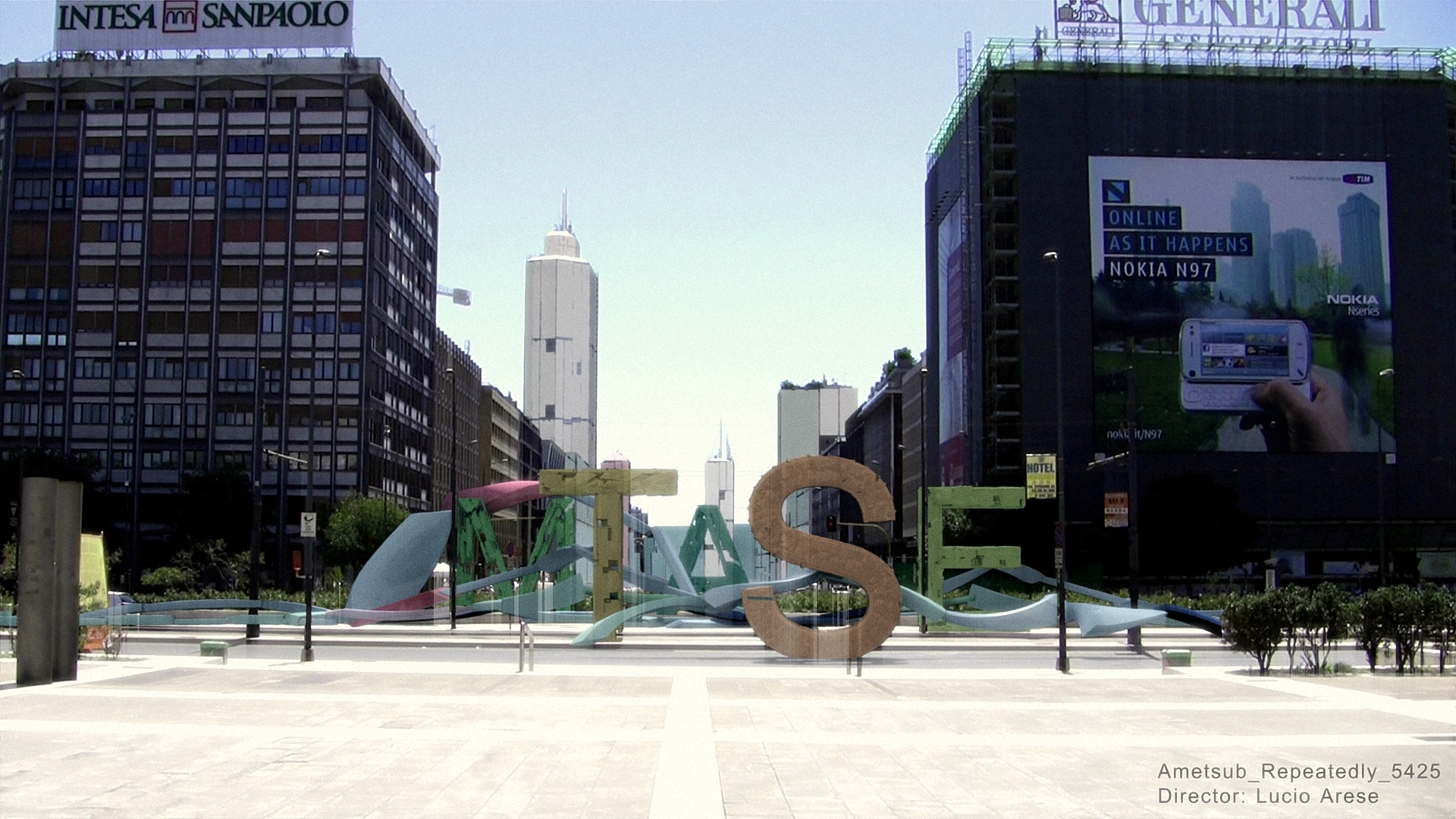 Official video on Ametsub new single released by Mille Plateaux.
.
Virtual 3d sets of blocks and morphing geometries representing glitches, harmonic and rhythmic structure of the music spread themselves through the streets and the buildings until they take over the entire cityscape.
.
The film has been realized with an experimental, “faked” stop motion technique derived from standard footage elaboration, using multiple paces in order to maintain the synchronization with the soundtrack.
.
Almost every frame of the video becomes a digital sculpture blended into the urban landscape.
.
Shot in Milan and Turin.
.
Designed, directed and produced by Lucio Arese.
.
Music by Ametsub.
.
Album: The Nothings of the North (Mille Plateaux / MP301)
.
© Mille Plateaux 2010